“We need to make sure to be very careful not to destroy the very system which is bringing forward the innovation we need,” Bradway said in an interview ahead of the Reuters Total Health conference, which will run virtually from Nov. 15-18.

The latest legislation proposed by congressional Democrats and the Biden administration would give the federal government the ability for the first time to negotiate prices for a limited number of drugs paid for by Medicare.

The agreement would also set a $2,000 annual cap on out-of-pocket costs for Medicare recipients and limit annual price increases to the rate of inflation.

“We’re going to look favorably on anything that improves access,” Bradway said.

But he warned that allowing the government to “negotiate or in effect set prices,” runs the risk of “artificial distortions in the market with the effect that innovators will have to decide whether to reallocate capital away from the drug sector.”

Bradway said more also needs to be known about the Biden administration’s efforts to agree with other nations on a multinational corporate tax rate.

A group of 136 countries, including the United States, last month set a goal for a minimum global tax rate of 15% for big companies – well below the current average of 23.5% in industrialized countries.

“It will be important if the U.S. wants to continue to be the epicenter of innovation for the U.S. to remain competitive,” Bradway said. “Otherwise, we’ll see what has been happening for years, which is investors from outside the United States acquiring innovative technology and basing that technology in lower tax jurisdictions.”

Amgen, based in Thousand Oaks, California, is one of the world’s largest makers of biotechnology drugs, including treatments for cancer, osteoporosis and rheumatoid arthritis. 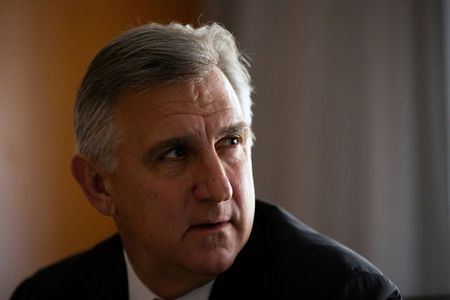 Oil prices settle up 1% on reports OPEC+ could reassess output