(Reuters) – American Airlines estimated on Tuesday a smaller-than-expected adjusted loss for the third quarter and signaled improved bookings for the rest of the year, betting on increased holiday demand and a lifting of travel bans.

U.S. carriers had tempered their outlooks for the September quarter as the Delta coronavirus variant slowed new bookings and drove up cancellations, but a recent fall in COVID-19 cases has raised hopes that passengers would be confident to fly again.

The Biden administration’s plan to reopen the United States in November to air travelers from Europe has added to the optimism. The trans-Atlantic route is one of the most lucrative ones in the world and accounted for up to 17% of 2019 passenger revenues for the big three U.S. carriers.

American Airlines said it was “planning for a robust peak travel period in the fourth quarter.” Shares of the company were up 1% at $20.32 in morning trade.

The company expects net loss excluding items to be between $620 million and $675 million in the third quarter. Analysts on average expect a loss of $741.7 million, according to Refinitiv data. 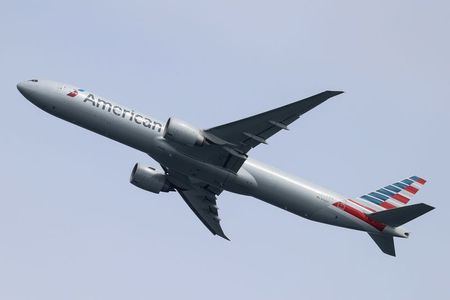 Russian annual inflation at 6.5% as of July 19 -economy ministry