Home Business Amazon will not cut jobs in Italy, unions say after meeting

MILAN (Reuters) – Amazon does not plan to cut any jobs in Italy despite a drop in volumes last year, trade unions said on Tuesday after a video meeting with a company representative.

Amazon.com Inc said earlier this month it planned to cut over 18,000 jobs globally and later disclosed it would shut three warehouses in Britain, sparking concerns there could be workforce reductions in other European countries.

Italian trade unions FIT-CISL, Filt-CGIL and UIL Trasporti said in separate statements that during the meeting, called in response to news reports, an Amazon Italy manager said there was no reason for Italian workers to worry.

The manager added that there would likely be cuts in the workforce in Britain and Spain, according to FIT-CISL.

Amazon Italy declined to comment on the meeting but said the company stood by the comments made by Chief Executive Andy Jassy on Jan. 5 about its plans to cut over 18,000 jobs. 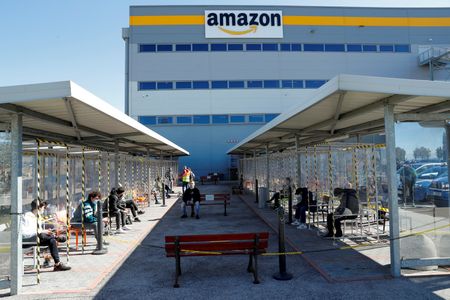