ROME (Reuters) – Amazon will take on 3,000 new employees on permanent contracts this year in Italy as part of its “Italy Plan” aimed at increasing its investments in the country, the e-commerce giant said on Monday.

“The growth in the digital sector is an opportunity to relaunch the country and we want to give our contribution,” Mariangela Marseglia, Amazon country manager for Italy and Spain said.

It added that it planned to invest over 350 million euros ($425.74 million) in three new sites which will open in the autumn, in the northern regions of Lombardy, Piedmont and Emilia Romagna. 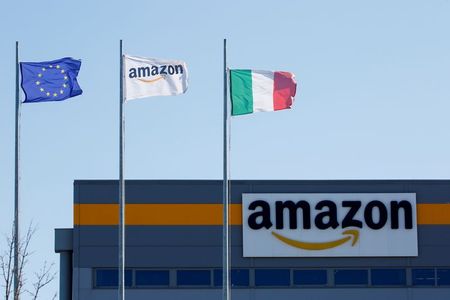 Explainer-What would Japan’s currency intervention to combat a weak yen look like?

(Reuters) -Royal Bank of Canada (RBC) and National Bank of...

By Chiara Elisei and Danilo Masoni ...