(Reuters) -Amazon.com Inc and the U.S. National Labor Relations Board (NLRB) said on Wednesday the company had reached a settlement with two former employees who alleged they were fired last year for criticizing the working conditions at the e-commerce giant’s warehouses.

Amazon had terminated the employment of Emily Cunningham and Maren Costa, who had accused the company of enforcing policies in a discriminatory fashion and instituting rules that “chill and restrain” the staff from exercising rights, according to their charge filed in October.

The NLRB found in April that Amazon illegally fired them after they advocated for better working conditions during the pandemic.

“Amazon will be required to pay us our lost wages and post a notice to all of its tech and warehouse workers nationwide that Amazon can’t fire workers for organizing and exercising their rights,” Cunningham and Costa said in a joint statement on Wednesday.

The U.S. agency said the company had reached a non-board settlement, a private agreement between parties in which terms were not disclosed, with the former employees.

The NLRB regional director, however, is required to review and approve the settlement agreement before allowing the charges to be withdrawn.

“We have reached a mutual agreement that resolves the legal issues in this case and welcome the resolution of this matter,” an Amazon spokesperson said in an emailed statement.

CNBC first reported about the settlement.

Cunningham and Costa gained prominence for pushing the e-commerce giant to do more on climate change, questioned Amazon’s pandemic safety protocols and worked to raise money for warehouse staff at risk of contracting COVID-19. 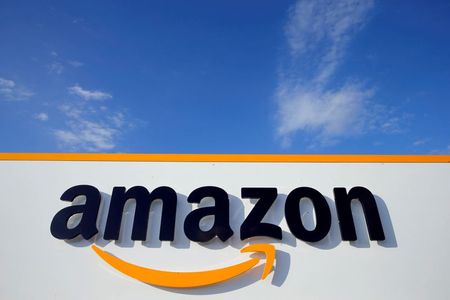 Fear factor: Investors rush into gold and other havens as stocks near highs