(Reuters) -Amazon.com Inc is planning to open large physical shops in the United States that will operate like department stores, the Wall Street Journal reported https://www.wsj.com/articles/amazon-retail-department-stores-11629330842?mod=latest_headlines on Thursday, as the e-commerce giant expands its footprint in brick-and-mortar retail.

Some of Amazon’s first department stores are expected to open in Ohio and California, the report said, adding that the shops will be about 30,000 square feet in size and offer products from well-known consumer brands.

Sales at large department stores, which were shopping havens until the entry of online players especially Amazon, have since taken a beating, even leading to the bankruptcy of once popular retail chains such as Sears, Neiman Marcus, and J.C. Penney.

Amazon, which dominates the online shopping space, had made its biggest bet in the brick-and-mortar format with its acquisition of upscale grocer Whole Foods in 2017.

Amazon also experimented https://www.amazon.com/find-your-store/b/?node=17608448011 with small physical stores for books and groceries in at least 13 U.S. states including California, Colorado, and Washington.

The e-commerce giant has benefited from a surge in online purchases from homebound shoppers as COVID-19 forced millions to stay indoors over the past year. Traditional retailers also saw online sales surge, though total sales fell as they were forced to shut stores, which make up the bulk of their revenue.

Department store chains Macy’s Inc and Kohl’s Corp beat Wall Street estimates for second-quarter sales, and also raised their forecasts on full-year revenue and profit on Thursday as buyers came back to stores and spent on perfumes, shoes, and apparel.

(Reporting by Akanksha Rana and Chavi Mehta in Bengaluru; Editing by Saumyadeb Chakrabarty and Sherry Jacob-Phillips) 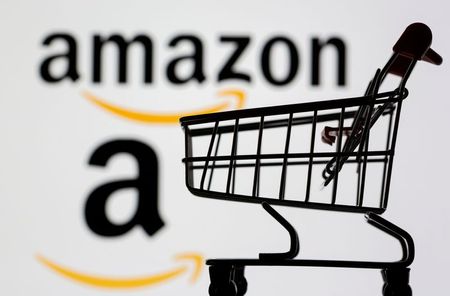 Exclusive: Apple targets car production by 2024 and eyes ‘next level’...