(Reuters) -Amazon.com Inc is considering the launch of brick-and-mortar pharmacies in the United States, Insider reported on Wednesday, triggering a drop in shares of drugstore chain operators CVS Health and Walgreens.

The talks are mostly exploratory and any meaningful rollout of stores can take more than a year, according to the news site, citing people familiar with the matter.

Insider also reported there were talks about putting the pharmacies inside of Amazon-owned Whole Foods locations. (https://bit.ly/3vozNyG)

An Amazon spokesperson said the company does not comment on rumor or speculation but added that Amazon Pharmacy is focused on making at-home delivery pharmacy easier and more convenient for customers.

Mizuho analyst Ann Hynes said the sell-off in drugstore company’s shares was overdone as Amazon’s plan to enter the pharmacy business was not new, and adding physical location is likely a natural progression.

“We think Amazon’s roll-out of pharmacies will initially be focused on locations located in Whole Foods stores, similar to the Target and Walmart model,” Hynes said.

The e-commerce giant launched an online pharmacy in November for delivering prescription medications in the United States and stirring up competition with drug retailers such as Walgreens Boots Alliance, CVS Health and Walmart.

The move was built on its 2018 acquisition of PillPack, which Amazon said would remain separate and cater to customers who need pre-sorted doses of multiple drugs.

The company, founded as an online bookseller, has disrupted multiple industries including retail and technology, and its potential move into the physical pharmacy space will pit it directly against established players.

Shares of Walgreens, CVS and Rite Aid were all down between 1% and 3% on Wednesday.

CVS declined to comment on the report, while Walgreens and Rite Aid did not immediately respond to Reuters’ requests for comment. 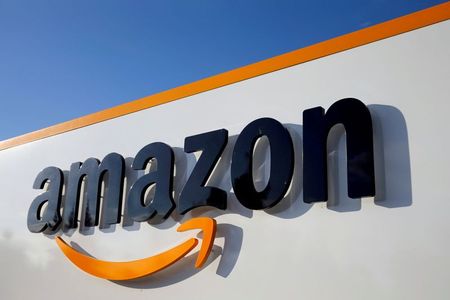 Explainer-Federal Reserve’s taper: How does it work?