Home Business Aldi to hire more than 20,000 U.S. workers ahead of holiday season

(Reuters) – Grocery chain Aldi said on Monday it is hiring more than 20,000 new workers and raising its wages in the United States as it gets ready for the busy holiday season at a time when retailers and restaurants are scrambling to find workers.

The U.S. arm of the German discount supermarket group said it has increased its average national starting wages for store and warehouse workers to $15 and $19 per hour, respectively.

Aldi will host a hiring week in September to fill an array of positions, including cashiers, stockers and associates, at its more than 2,100 stores and 25 warehouses across the country.

The company is one of the first retailers to announce hiring for the holiday season, which could account for up to 40% of annual sales for certain retailers.

Several restaurant operators have been forced to cut their operating hours and limit operations to drive-thru only due to labor shortages, while retailers have had to increase wages and offer $1,000 sign-on bonuses to lure workers.

However, Wendy’s Co Chief Executive Officer Todd Penegor said on an earnings call last week that the hamburger chain had seen an improvement in staffing as federal benefits rolled off and schools closed for the summer.

(Reporting by Praveen Paramasivam in Bengaluru; Editing by Subhranshu Sahu) 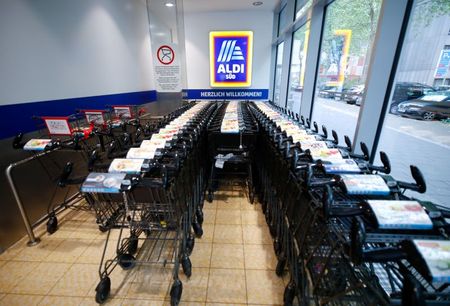 In first, Indonesia to buy back some global bonds after raising $1.84 billion

Bank of America to pay $7.23 million for mutual fund overcharges:...

Huawei fears it may be excluded from Poland’s 5G network