The pandemic has ravaged the industry, grounding thousands of planes worldwide and sending airlines scrambling for cash as countries shut borders and restricted travel.

“We will all have a huge amount of debt after this crisis so all of us will be smaller for some time,” Gallego told a virtual event on the prospects for the tourism sector.

“Some won’t survive: there will be opportunities for consolidation we’ll participate in.”

Asked whether the trend would lead to two or three dominant airlines in each continent, Gallego agreed and stressed the importance of better combining different flight networks.

He also said he hoped the North Atlantic corridor would open by late June, early July and said the United States should be included on Britain’s green list of safe destinations due to its high vaccination rate.

Gallego described IAG’s joint businesses in the North Atlantic and Middle East as a key driver in its recovery and expansion, particularly the partnership with Qatar Airways.

While the industry expects to recover pre-pandemic passenger volumes by 2023 or 2024, Gallego forecast business travel – a crucial earner – would remain around 15% below 2019 levels, forcing IAG to seek greater efficiency elsewhere.

“Higher taxes and more costs in airports is not the solution,” Gallego said as some EU countries plan to hike taxes on short-haul flights and introduce a frequent traveller tax to cut carbon emissions.

Sustainable fuel generally produces up to 70% less carbon than fossil fuels, offering airlines a way to become greener while continuing to fly. 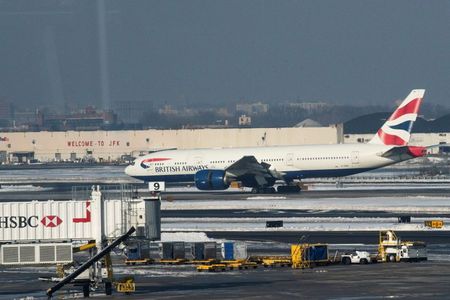 Timeline: The Bolsheviks to Putin: a history of Russian defaults