PARIS (Reuters) – Airbus kept its crown as the world’s largest commercial airplane supplier for the third year running as it outstripped Boeing by delivering 611 jets in 2021, company data showed on Monday.

The delivery numbers gave Airbus an unassailable lead on revenue-generating deliveries – the industry’s main yardstick – after Boeing only handed over 302 jets in the first 11 months.

The European planemaker also sold 771 airplanes during the year, giving a net sales total of 507 after adjusting for cancellations, though it was not yet clear whether that would be enough to pip its U.S. rival.

Reuters reported last week that Airbus had beaten its target of 600 deliveries in 2021 and would come in with a total of at least 605 and up to 611, depending on an internal audit.

The order race remains harder to call and depends on the definition used to track Boeing net orders in data to be published on Tuesday, analysts said.

Comparing the underlying performance of the two plane giants has been blurred by recent changes in accounting rules and sharp swings in airline fortunes during the COVID-19 crisis.

Boeing sold 829 planes between January and November. This fell to a net total of 400 after cancellations agreed during the period, but bounced back to 457 after the partial reversal of earlier accounting adjustments driven by an industry crisis.

Added to this, Boeing is expected to count the sale last month of 50 737 MAX to Allegiant Air, which emerged last week, while Airbus has yet to finalise headline-grabbing deals with Air France-KLM and Qantas.

Like Boeing, Airbus carries out an accounting exercise to reflect the likelihood of some planes not being delivered. But it applies this to the value of cumulative orders once a year, rather than expressing it in the number of planes affected.

Analysts say adopting the same methodology as Boeing would imply a lower number of net orders for Airbus than the 507 published for 2021, but the extent of the gap is unclear.

Both planemakers have seen some recovery as airlines take advantage of a chance to renew fleets at competitive prices. 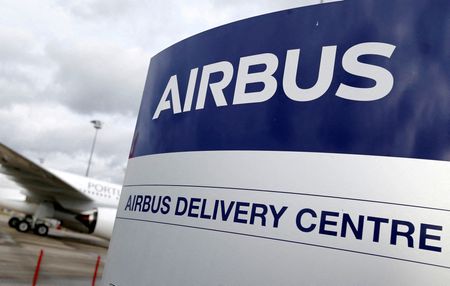 CNN President Jeff Zucker to step down at year’s end