PARIS (Reuters) – The head of Europe’s Airbus urged suppliers to prepare industrially and financially for steep increases in jet output floated earlier on Thursday, and said the industry was returning towards pre-crisis trends for its most popular airplanes.

“It is just there. The pent-up demand is very strong for those flights,” Chief Executive Guillaume Faury told Reuters in an interview

“That is why we are sharing (production scenarios) with them and we are asking them to be prepared, and they have the means to do that. There is a lot of liquidity in the market.”

Faury’s comments came as Airbus firmed up plans for increased output in 2021 and issued a mix of firm targets and provisional scenarios that could almost double single-aisle output by 2025, sending its shares sharply higher.

Investors hailed a bounce-back for an industry battered by the pandemic, but several suppliers have talked of a standoff with Airbus about who should pay for investments needed to get single-aisle output back to pre-crisis levels and beyond.

Faury said the unusually detailed output plan would reassure suppliers that everyone was sharing the same burden.

“I think we should not overestimate our level of confidence, but we should also not underestimate the fact that after the crisis it is no longer a crisis,” he said.

Analysts say tough negotiations over the balance between upfront machinery investments and the promise of profits from future high volumes is common. But the discussion has intensified after the crisis hit finances of many suppliers.

“It’s technically correct to say that there is a lot of liquidity in the capital markets,” but that is not available to companies with high debt, responded a senior industry source.

“The banks look at the equity of the small suppliers and walk away,” he added.

Faury noted that aircraft production had already achieved the rates being targeted in the short term.

“It is not the same kind of (industrial) challenge as the one we had in 2018 and 2019, entering 2020. We need to be back to where we were already before,” he said, referring to past increases in production to reach record pre-crisis levels.

Many suppliers had also benefited from government support schemes during the crisis.

“To some extent we are back to normal business, normal relationships and what needs to be done to secure the right level of production,” he added.

Airbus has voiced concerns to suppliers about quality-control problems both before and during the crisis.

Faury urged suppliers to “take the right measures” to address this as it lays down increasing quality demands.

Boeing is flexing its supply chain too but not as quickly as Airbus as it deals with a stockpile of jets following the grounding of its 737 MAX, leaving Airbus in the lead.

Some analysts say Boeing also appears to be taking a more cautious view on future demand, though Faury said the trends in demand identified by Airbus were visible across the industry.

Still, he cautioned against reading too much into see-saw transatlantic rivalries until the market gets back to normal.

“I think we have to be careful with the way we interpret (delivery) market share in 2021 and 2022. I don’t believe it represents a stabilised balance of share in the market of the different products.”

Widely watched battles over the share of new orders would also have “very little meaning” before 2022 or 2023, he said. 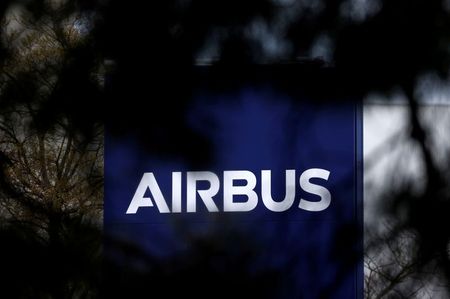