WASHINGTON (Reuters) -Air Canada has agreed to a $4.5 million settlement to resolve a U.S. government investigation into claims thousands of air passenger refunds were delayed, the Transportation Department said.

The proposed settlement, which still must be approved by an administrative law judge, would resolve the U.S. Transportation Department investigation into what it said were “extreme delays in providing refunds to thousands of consumers for flights to or from the United States that the carrier canceled or significantly changed”.

In June, the department said it was seeking a $25.5 million fine from Air Canada over the carrier’s failure to provide timely refunds.

Air Canada did not immediately comment, but said in a U.S. government filing it agreed to the settlement “to avoid protracted litigation, as it focuses together with all stakeholders on rebuilding itself and doing its part to support the recovery of the airline industry”. Air Canada added it did not admit any violation as part of the agreement.

The department alleged in June Air Canada continued its no-refund policy in violation of U.S. law for more than a year.

Air Canada said in June it has been refunding non-refundable tickets as part of the Canadian government’s financial package. The Transportation Department in June disclosed it was also “actively investigating the refund practices of other U.S. and foreign carriers flying to and from the United States” and said it would take “enforcement action” as appropriate. It reiterated those comments Monday.

In May, a trade group told U.S. lawmakers that 11 U.S. airlines issued $12.84 billion in cash refunds to customers in 2020 as the coronavirus pandemic upended the travel industry. 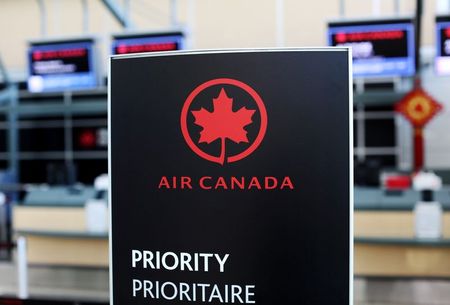 Brent rises above $50/bbl for first time since March on vaccine...