By Anirban Sen and Krystal Hu

(Reuters) – Investment bankers’ business of putting together mergers and acquisitions (M&A) has never been stronger. Neither has their fear of missing out on meeting clients.

Bankers are rushing to see company CEOs and other top executives in person as restrictions put in place to contain COVID-19 have eased. This is despite dealmaking through Zoom meetings having flourished, with M&A volumes in the first quarter of 2021 hitting a year-to-date record.

The total value of pending and completed deals rose 93% to $1.3 trillion during the quarter, the second-biggest quarter on record, according to Refinitiv data.

More than a dozen investment bankers interviewed by Reuters said they were worried they would lose clients if competitors cultivated them in person. Some fretted they could not expand their clientele without schmoozing in the flesh. Some also said they or their staff were fatigued from working long hours remotely.

“People became Zoomed out. I was out visiting clients and they were very appreciative to have us back in front of them,” said Drew Goldman, global head of investment banking coverage at Deutsche Bank.

“The meetings, frankly, were more productive than they would have been on a phone call or on video conference call,” he said, adding that most clients are also tired of Zoom and happy to meet in person.

The U.S. Centers for Disease Control and Prevention said earlier this month that fully vaccinated people do not need to wear masks outdoors and can avoid wearing them indoors in most places. This has made corporate executives more willing to engage in social activities, such as a round of golf and fine dining, that bankers organize to build rapport.

Rendezvous points have ranged from offices and restaurants to country clubs and backyards.

During negotiations of the megamerger between AT&T’s WarnerMedia and Discovery, bankers gathered in Discovery Chief Executive David Zaslav’s New York City brownstone to hash out details of a deal that would create a company with an enterprise value of over $120 billion.

The pandemic’s toll was the heaviest on young bankers who learn their trade and develop contacts by working alongside and traveling with senior colleagues, dealmakers said.

The social distancing restrictions made it challenging for them to evolve from footsoldiers to rainmakers, said one junior banker, using a term for those who bring in new clients and revenue.

“For younger bankers who are trying to make their way in the world, they’re gonna have to be out there, pressing the flesh and meeting people,” said Marc Cooper, chief executive of investment bank PJ Solomon.

There is no certainty that travel by bankers will reach pre-pandemic levels. While bankers are eager to travel for business development, many are less keen to spend time with clients on more procedural talks that can be carried out remotely and expect a hybrid model will persist.

“Citi bankers are visiting clients when and where appropriate and safe,” said Tyler Dickson, global co-head of banking, capital markets and advisory at Citigroup Inc. “We do so on an as needed basis with the our firm’s approval and clients’ permission, while practicing safety measures such as social distancing and other relevant practices.”

(Reporting by Anirban Sen in Bengaluru and Krystal Hu in New York; Editing by Bill Berkrot) 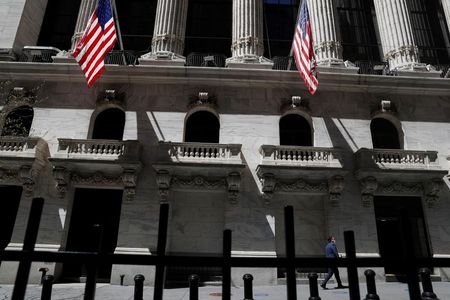