Both companies capitalized on good oilseed and corn processing margins and heightened demand for the crops they ship around the world after the war cut off shipments from the breadbasket region cradled around the Black Sea, they said.

ADM, which reports results ahead of the market open on Tuesday, is expected to post first-quarter earnings of $1.41 per share, according to a consensus estimate from Refinitiv IBES, about in line with $1.39 a share in the same quarter a year earlier.

The expected robust earnings in the three months ended March 31 would add to recent strong results for the companies that stemmed from rising demand for food and biofuels and shifts in trade flows during the COVID-19 pandemic.

The consensus estimate for Bunge, which reports on Wednesday, is $2.86 per share, compared to a strong quarter a year earlier when robust margins and surging exports propelled earnings to $3.13 a share.

Supply chain middlemen like ADM and Bunge thrive when crises such as droughts or war trigger shortages in parts of the world.

Food commodity prices surged to multi-year or record highs as the invasion launched by Russia in February cut off supplies representing nearly a third of global wheat exports, a fifth of corn exports and 80% of sunflower oil shipments.

ADM executives have said they expect ethanol demand to return to pre-pandemic levels this year, and the White House this month announced a move to allow higher ethanol blends during the summer to combat soaring fuel costs.

“They stand to benefit from where they are in the supply chain,” said Chris Johnson, lead agribusiness analyst for Standard & Poor’s. “Overall, their economies of scale and their procurement allow them to not be hit so hard on the input side and make more on the distribution and processing side.”

Both ADM and Bunge shuttered their Ukraine facilities, which represent a minimal share of their global businesses, and have yet to resume operations. Bunge’s operations there include two crushing plants and a Black Sea port facility, while ADM operates an export terminal, a crush plant and several inland elevators.

(Reporting by Karl Plume in Chicago; Editing by Will Dunham) 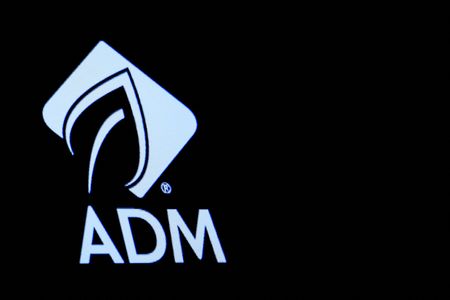 Don’t mention the T word: Five questions for the ECB

Norway must prepare for faster drop in oil demand on road to 2050 –...