Corporate moves into digital payments, including Facebook with its diem stablecoin, have accelerated since the pandemic, as have contactless card transactions, and central banks are falling behind Big Tech at a time when questions are even being asked about the future of cash in some countries.

“The time has passed for central banks to get going,” said Benoit Coeure, a former European Central Bank official who now heads the BIS Innovation Hub.

“We should roll up our sleeves and accelerate our work on the nitty-gritty of CBDC (digital currency) design. CBDCs will take years to be rolled out, while stablecoins and cryptoassets are already here. This makes it even more urgent to start,” Coeure told a conference.

Unlike a stablecoin – whose price is pegged to a largely unregulated cryptocurrency, fiat money or assets like exchange-traded commodities – a CBDC is a digital version of existing notes and coins.

Central banks in Europe, Britain, the United States have been considering establishing CBDCs, though only the People’s Bank of China has taken concrete steps by launching trials.

Coeure said the European Union was uniquely placed to face the future in that field by building on its fast, open payment system and on strong guarantees provided by its data protection rules.

In July, a European Central Bank report gave the go ahead for the design and possible launch of a digital version of the euro, a project that Coeure said could take five years.

“A CBDC’s goal is ultimately to preserve the best elements of our current systems while still allowing a safe space for tomorrow’s innovation,” he said.

“To do so, central banks have to act while the current system is still in place – and to act now.” 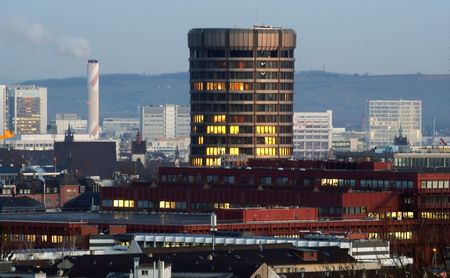 Watchdog puts British banks on notice but no overdraft inquiry

U.S. labor market struggling, but light at the end of tunnel