(Reuters) -Billionaire investor William Ackman said on Thursday he would pursue changes to his blank-check acquisition company Pershing Square Tontine Holdings Ltd to address “the overhang” of a lawsuit filed against it this week.

The lawsuit, filed by former U.S. Securities and Exchange Commissioner Robert Jackson and others on behalf of a Tontine shareholder, argues that Ackman’s special purpose acquisition company (SPAC) – the largest ever formed – broke the law by investing in securities while not properly registered with regulators.

It comes as the Securities and Exchange Commission (SEC) is taking a closer look at potential abuses at blank-check companies as these vehicles have become extremely popular.

Ackman said in a letter to shareholders that the lawsuit was meritless but could not be resolved quickly at a time when Tontine has 11 months left to find a company to merge with before having to return capital to investors. SPACs are meant to merge with private companies and usually have two years to find a target to take public.

The legal uncertainty could deter potential merger partners from entering into a deal with Tontine, and weigh on other SPACs, Ackman said.

As a remedy, Ackman said he planned to give Tontine shareholders warrants in a “better structured vehicle” which he dubbed a special purpose acquisition rights company (SPARC). The SPARC warrants would give Tontine shareholders the right to invest in a merger with a private company once the target has been announced — unlike a SPAC, where investors tie up their money while the sponsor searches for a suitable target.

The SPARC structure, devised by Ackman and never before tested on Wall Street, would have to be approved by the SEC as well as the New York Stock Exchange (NYSE). Neither immediately responded to requests for comment.

“If we are successful in securing SPARC’s approval, and I am confident that we will get it done, we will have a clear path to mitigate the harm that this litigation has and will continue to cause to Tontine shareholders and warrant holders,” Ackman said.

If it gets the green light, and Tontine has yet to find a deal for itself, then Ackman said he will return the $4 billion Tontine raised from its initial public offering in July 2020 to its shareholders and also give them one SPARC warrant for each share they own.

Ackman’s move and offer to “mail back over $4 billion worth of checks to investors…validates the strength of our claims and the urgent need to enforce existing investor protections in this industry,” Jackson told Reuters.

ACKMAN’S SEARCH FOR A TARGET PLAYS ON

Ackman last month abandoned a deal for Tontine to buy a 10% stake in Universal Music Group (UMG), which was already in the process of being taken public by its French parent Vivendi SE.

It was an unusual SPAC deal that the SEC took issue with, and Ackman was forced to substitute Tontine as an investor in the deal with his main hedge fund and Pershing Square Holdings Ltd, his Amsterdam-listed permanent capital vehicle.

The climbdown disappointed investors that had pushed Tontine shares as high as $34.10 in February. Tontine’s stock dropped below its $20 IPO price for the first time on Thursday, as doubts grew over Ackman’s ability to secure an attractive SPAC merger.

The lawsuit against Tontine took issue not just with general features of SPACs, such as investing in money market funds and U.S. government bonds, but also Tontine’s doomed deal with UMG, which was not a traditional SPAC merger with a private company. Capital markets experts have said it is not clear whether the lawsuit’s fallout will extent beyond Tontine. 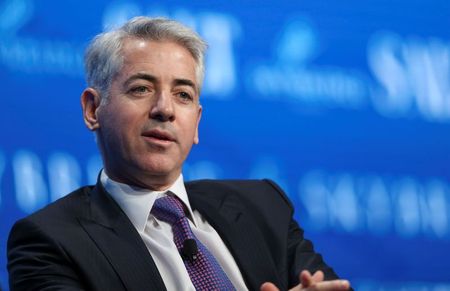