Abbott recalled certain powdered formulas made at its Michigan facility during the quarter after they were linked to infant illnesses. As a result, sales at its nutrition unit declined 7% in the quarter.

“We now forecast total company organic sales growth to be in the mid- to high single digits, which is somewhat lower than our prior forecast of high single digits due to the recent recall,” Chief Financial Officer Robert Funck said in an earnings call.

The company said the testing of samples by Abbott and the FDA related to the recall have all come back negative for the presence of the bacteria that caused the reported illnesses. The FDA did not immediately respond to Reuters request for comment.

Abbott called the recall a “short-term hindrance” and said it was working closely with the regulator and has begun implementing corrective actions and enhancements to the facility.

Abbott shares rose 2.4% to $122.90 in morning trade as some analysts said the comments during the conference call allayed worries over the recall.

Despite the recall and supply chain issues, Abbott beat quarterly profit and revenue estimates in the first quarter.

The company reported $3.3 billion in COVID-19 test sales in the quarter, adding that it now expects to record nearly $4.5 billion in 2022, most of which it expects to log in the first half. Its previous estimate was $2.5 billion.

Abbott said it still expects 2022 adjusted profit per share to be at least $4.70. Analysts on average expected profit of $4.83. 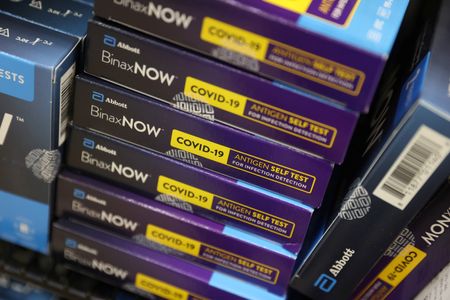 Cryptoverse: Ether holds its breath for the lean, mean ‘merge’