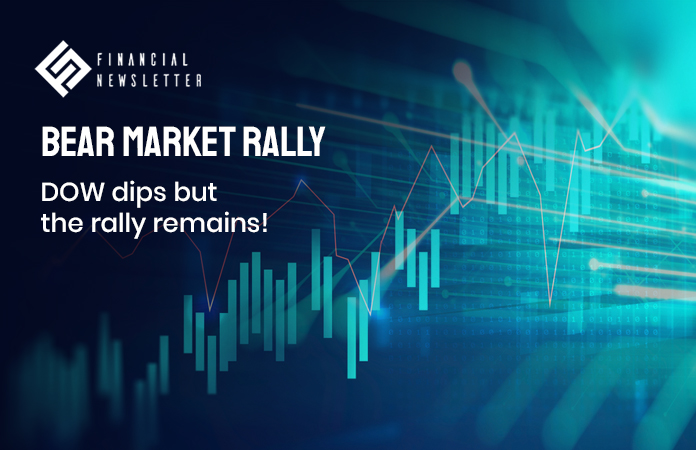 After posting back to back gains, the DOW along with the entire US Stock market faced a decline on Tuesday. Though there were sharp early gains for the major indices, all of them went negative by the time the closing bell rang.

The recent stock market rally was majorly due to the slowdown in the number of new Coronavirus cases. The count of new cases has reduced from their peaks in the US, Italy, and Spain, the three countries with the disastrous outbreak of COVID-19. Even though the state has reported its highest one-day death toll, the rate of hospitalization has reduced to some extent which is a bright sign for people.

In Asia, China didn’t report any new death due to the virus and this is for the first time since January when the virus started to create havoc all around. The number of new cases in South Korea has dropped noticeably.

Major indices and their performance on the day

Though the day closed with the major indices in negatives, early in the day all of these indexes rallied into the bull market. They marked a 20% rally from their recent lowest point. The major concern for most of the experts is that this bear market rally is a sign that there will be a second downturn in the stock market. When indices regained so much of their lost ground in such quick succession, it definitely hints towards the fact that another blow is coming for the market.

Small business uncertainty has gone way higher than it was in 2017 which is why more support for such businesses is streamlined. In a week or so, the congress will come up with another support package for small business owners so that they can resume their businesses in full force.

Investors are moving into risk assets with the faith that a V Shape recovery is coming shortly. However, the Coronavirus is far from gone and this is why nothing can be rightfully predicted. With various economic data and corporate earnings reports pending for release, the economy and market might just not be as steady as it looks like at this moment.

Instead of choosing “fire sell”, try to hold on to your stocks because sooner or later the bull market is about to arrive. This will add immense value to the investments you make right now and earn you amazing dividends too! The foremost precaution in such a stock market would be to not trade anything without proper strategy and planning. Understand, hold and sell, that’s the key!

The magic word for Detroit automakers is trucks

LONDON (Reuters) - Porsche and the...

Japan’s Fast Retailing to cut prices by around 9%

Japan’s Fast Retailing to cut prices by around 9%